April 2017 Cincinnati Magazine article about the 172 year old Mitchel Telescope, which started out in Mt Adams 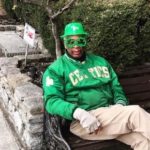 May 2016 Cincinnati Magazine‘s Dr. Know addresses the Convent of the Good Shepherd

As a young married couple living in Mt. Adams, Judy and Tracy Finn saw new parents staying put in their hard-partying urban enclave and decided they could too. “We love Mt. Adams and totally wanted to make it work,” says Judy Finn, whose children are now a first-grader and a kindergartner at Sands Montessori. The Finns are currently building a new home on a double lot they purchased right down the street. “The new house will be 30 feet wide instead of 15,” she explains, “and it will have a garage.” In the spring and fall, the family walks to Eden Park for kite flying, bike riding, and kickball. In the summer it’s up to the Mt. Adams pool and playground, and evening picnics in the Art Museum courtyard. In the winter there’s ice skating and hockey on Mirror Lake and the best sledding in the city—down the hills of Playhouse in the Park. “There’s an interaction between adult spaces and kid spaces here that’s seamless,” she says. If it’s hot or rainy, Finn and her kids head to the Art Museum. “We’ll pick a theme, like ‘red’ or ‘princesses,’ and we’ll search the museum for examples.” Halloween is a community event, with families gathering at one of the local pubs before trick-or-treating in the business district, and the Mt. Adams Bar & Grill sponsors a soccer league for kids aged 3–7. Mt. Adams is also a mid-line stop on the number 1 bus, which runs between the Museum Center and the Zoo. Says Finn: “The beauty of it is I don’t have to take my car.”